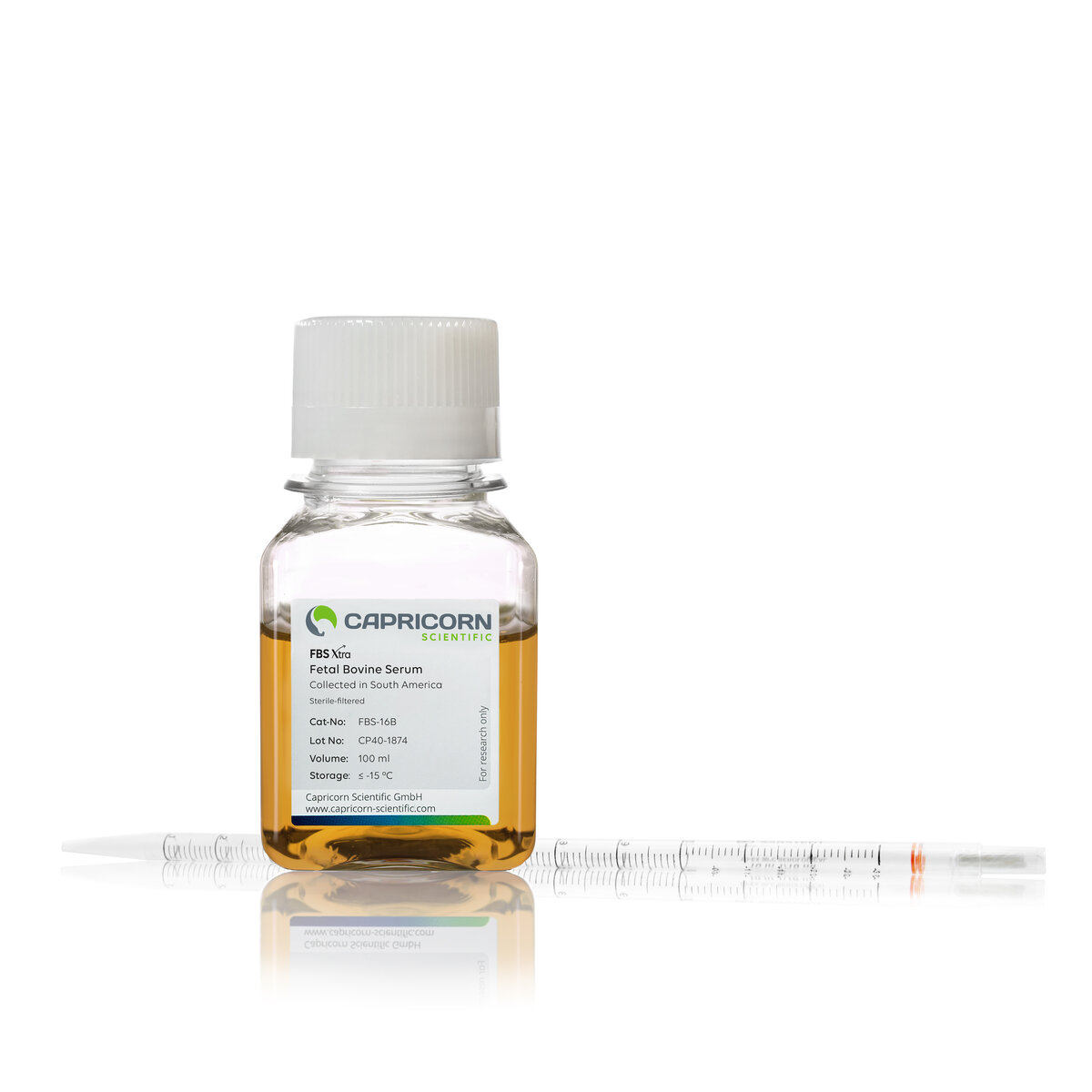 For decades, Fetal Bovine Serum (FBS) has been an established additive in cell culture media. Its unique growth-promoting properties make it a valuable and essential ingredient for the cultivation of a wide variety of cell types. Fetal bovine serum is a complex mixture of proteins, growth factors, and many other components. It has not yet been possible to produce a synthetical growth additive with comparable performance.

The growing demand of serum with limited availability poses numerous animal welfare issues. With an increasing awareness on this problem, many researchers state that they would like to use less serum – without sacrificing performance. In close collaboration with the University of Applied Science Frankfurt, Capricorn Scientific developed an alternative to traditional FBS that is more controlled, defined, and less susceptible to the issues of serum supply.

FBS Xtra incorporates the key components for optimal cell growth, making it possible to significantly reduce the serum content. The combination of these identified components and a lower serum concentration shows a positive influence on cell growth, morphology, and furthermore decreases cell stress, while batch-to-batch variations are reduced to a minimum. FBS Xtra is supplemented to cell culture media in the same concentration as your standard FBS.