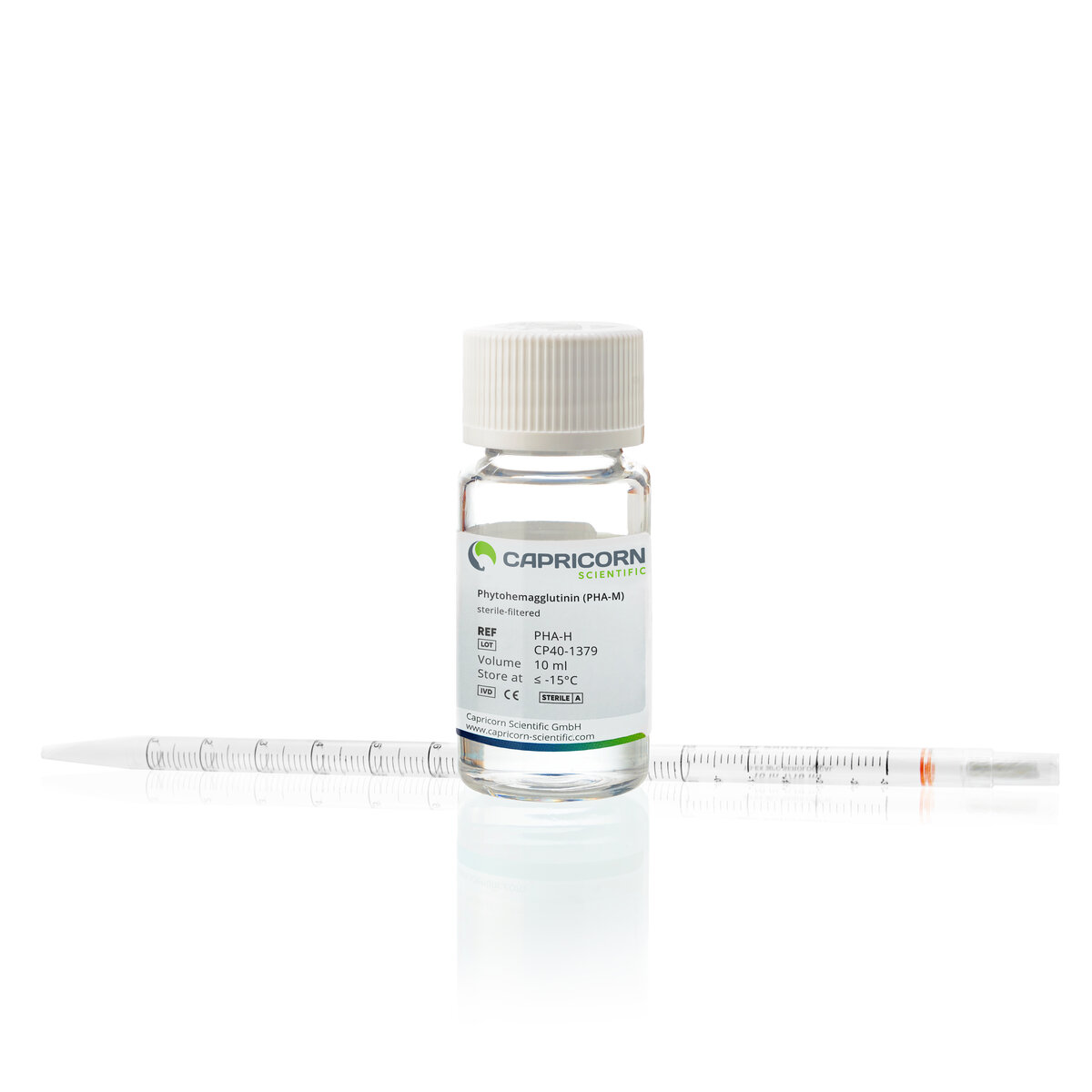 Phytohemagglutinin M (PHA-M) for Lymphocyte Stimulation is a mitogen used for the stimulation of cell proliferation in lymphocyte cell cultures. It is a lectin extracted from red kidney beans (Phaseolus vulgaris).

Phytohemagglutinin M consists of two molecular species, a leucoagglutinin (PHA-L) and an erythroagglutinin (PHA-E). Each of the proteins contains a family of five isolectins, each being a tetramer held together by non-covalent forces. PHA-M is the mucoprotein form.

Phytohemagglutinin M was originally used for separating leukocytes from whole blood. Its main application field is the stimulation of cell proliferation in lymphocyte cultures. It also has powerful erythroagglutinating properties.